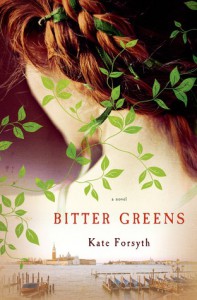 History, fairy tale and magic combine in this enchanting story to tell about the lives of three extraordinary women.  Charlotte-Rose de la Force was a lady in waiting in the court of Louis XIV, the Sun King.  After a few too many scandalous love affairs, she is forced to retire into a strict abbey.  While at the abbey, Charlotte-Rose meets one Sister, Sœur Seraphina,  who takes her under her wing while doing garden chores and tells Charlotte-Rose the story of the Petrosinella and la Strega.  Charlotte Rose, Sœur Seraphina and Petrosinella all share something in common and find comfort within the story.  The beautiful story also prompts Charlotte-Rose to write it down, becomming the author of the story later known as Rapunzel.

I love stories like this, not only a fairy tale retelling, but the history behind the writing of the fairy tale and a bit of magic.  I was intrigued by each of the women's stories as they were unraveled.  Charlotte-Rose de la Force continually lived up to her name, continually pushing the boundaries for a woman of her time. La Strega, or Selena is a character that I ended up completely understanding, even though she was the witch.  Petrosinella or Margherita, was the perfect Rapunzel, but one that saved herself in the end.  The way that all of these characters stories were told, jumping back and forth through time, just kept me wanting more and constantly saying ' but what happened next?' The fairy tale was perfect, but even more I enjoyed the real history behind it's writer, I had no idea of the complicated origins of the story.  The Court of the Sun King was also brought alive through Charlotte-Rose's eyes as Louis XIV grows up, goes through several mistresses and makes difficult decisions of religion.

A must read for historical fiction and fairy tale fans!

And the historical block for Holiday bookish bingo! 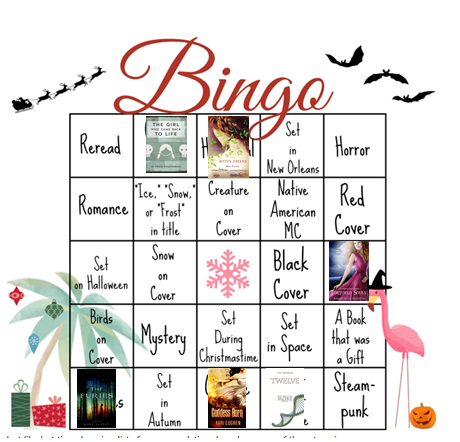