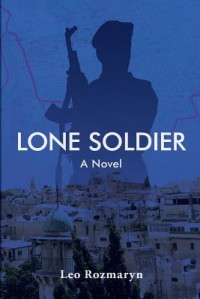 Airk Meir is a young Jewish man growing up in Los Angeles in the 1970's.  Arik does not really participate much in his faith except for hearing about the stories his father, a disabled war veteran, tells him of being in the Israeli Army.  Arik becomes a pillar of his faith after a heroic act and decides to learn more at a Zionist summer camp, Camp Moshava.  At first, Arik has a difficult time fitting in with the posh kids from New York.  Soon, Arik finds friends in Richard, Eliezer, Penny and Dahlia.  Dahlia is the jet-setting daughter of the Israeli ambassador to the United States.  Arik and Dahlia find themselves in a whirl-wind romance with promises of a future together.  However, fate seems to want to keep them apart.  Dahlia's father does not approve of the relationship and pushes Dahlia to find someone more fit for her stations. As Arik enters the Israeli Army, he faithfully writes letters to Dahlia about the trials of becomming an elite soldier.  However, the distance does damage and the two drift apart.  Dahlia has trouble finding her footing but eventually finds her calling in the Israeli Army as Arik becomes a hero for Israel.


Lone Soldier is an epic journey of two young people in the 1970's with many twists and turns as well as unexpected ups and downs. Lone Soldier is quite a tome rounding out at 625 pages in length.  While I don't think that the book needed to be quite this long, the characters and plot kept me interested the whole way through.  Arik's character is very easy to like, he was hardworking, wholesome and could see the bigger picture in life, though he can almost seems too perfect at times.  Dahlia is, at first very much a spoiled princess, however, her intelligence, caring nature and charisma is enhanced once she is paired with Arik.  I enjoyed watching their relationship grow and change as they became adults. One thing that did bother me early on was the dialogue and overall wordiness.  The amount of times that "I love you" was written out was too many to count and many points were unnecessarily repeated to the reader. Some of the dialogue also felt unnatural and clunky as all the characters readily said exactly what was on their minds and were overwhelmingly honest with their feelings.  What could have used a little more explanation were some Jewish customs, holidays and phrases.  Though I am familiar with some of the Jewish culture, I still had to stop and look up some things.  The story had a unique lens of the Jewish-American community in the 1970's to give a different perspective on the decade.  Through Arik, the trials of racism and the African-American community of Los Angeles was shown in a new light, especially the impact of basketball on the community of Watts.  I did thoroughly enjoy reading about Arik's time within the Israeli Army and his part within the Arab Israeli conflict.  I could tell that the author had done a lot of research and had passion for this time.