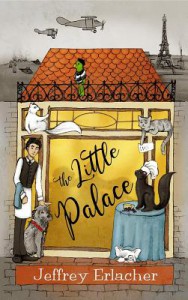 A creative and charming story that highlights the animals that, without choice, serve alongside of us in the midst of war.  Written for a middle grade and teenage audience, The Little Palace resonates with adults as well as with themes such as equal rights, justice and kindness.  At first I thought the anthropomorphic animals characters were the only characters in the book, however when I learned that humans were also characters, I became very intrigued at their interactions.  I do wish the mechanism for the human and animal communication was brought up earlier in the story, although it made sense once it was finally disclosed.  I loved the camaraderie between the many species of animals and their willingness to help in the war that was decidedly human.
This book was received for free in return for an honest review.
Historical fiction animals middle grade